Is “You Do You” really as simple as it sounds? 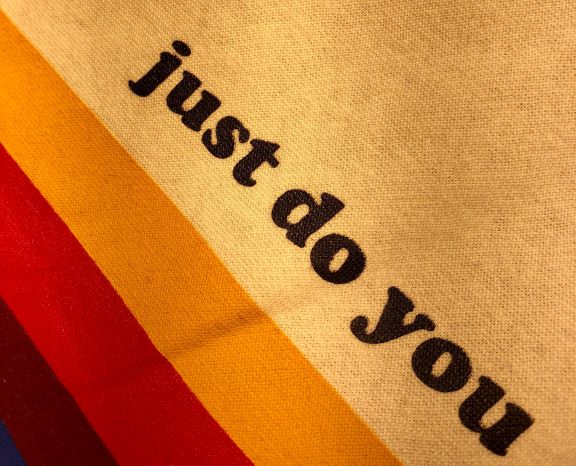 My Instagram feed, after a little curation, is now a pretty positive feed to scroll through. More than ever, I see confidence-inspiring messages from women of all shapes, life-stages and ethnicities. Considering Diet Coke's recent campaign, which features a pair of cheeky pensioners swiping right on a dating app under the tagline "You Do You", I would be tempted to say that we are finally getting closer to a place of unquestioning acceptance. Somewhere everyone has a shot at "being themselves", and that being OK.

But are we really?

Last November, mum-blogger Clemmie Hooper (Mother of Daughters) revealed she had trolled other influencers under a fake name on a gossip site called Tattle Life. The story made waves even beyond the UK, with the headlines focusing on her fall from grace, leading to M&S (whose Autumn campaign she fronted) issuing a statement on Twitter to say she does not feature in their Winter campaign: essentially distancing themselves from her. Clemmie's explanation was that she wanted to "try and change opinions from the inside" after reading thousands of negative comments about her family. The backlash has been considerable, with comments including "if she's a registered midwife, she should be reported and struck off" and "the odious, malicious, Clemmie - she has woke, remainist, chattering class, snob written all over" appearing below articles about her. Since she released her statement, she has deleted Instagram and barely been seen since. Life is clearly not continuing as normal.

As an outsider, it's impossible to know whether Hooper's typical posts are shared in the spirit of total authenticity, but in her job as influencer (yes, it's a job now) she earns money from posting on Instagram and promoting her brand partnerships. She is the ultimate example of someone who has not found it possible to apparently be herself without suffering serious consequences personally and now professionally. The latest in a long line of people who have made serious mistakes online, and who the internet is only too keen to "cancel" rather than rehabilitate.

There is no excuse for bullying in any form, but there is always a cause and a context behind bullying. It can only be miserable to continually read vindictive and unconstructive commentary about your life choices, your body and your family, effectively as part of your job. Sadly, for many influencers trolling is a fact of life, with bullies playing up to deep insecurities typically related to body image. Blogger Chessie King recently posted two photos of herself; the first tanned and lithe, the second visibly bigger, with the caption; "I was trolled about my body on the left. I was trolled about my body on the right. I was trolled when I had a few thousand followers. I'm trolled now I have a few hundred thousand followers…" It's hard not to speculate whether Hooper would have ended up in this position had she not herself been bullied online for years, as trolling becomes increasingly, and wrongly normalised. How she deals with the continuing fallout as we enter 2020 remains to be seen.

Happily, a body-positivity movement is gradually gaining traction thanks to broadcasters like Fearne Cotton. Recently she interviewed Megan Crabbe (aka body-positivity blogger bodiposipanda), afterwards describing their conversation as a "seminal moment", in the realisation of how "unkind" she had previously been to herself (during the podcast How to Fail with Elizabeth Day). To hear Fearne finally grasp the meaning of "All I can be is me" is incredibly powerful, made even more so by the fact that it is happening only as she approaches her forties. The meaning of "You Do You" is so much bigger than those three words, encompassing the near impossible feat of self-acceptance. In the face of the increasingly visible and pervasive criticism of others online, to be able to stop absorbing it is a superpower.

We wanted influencers; now, we must find a way to co-exist with them

The reason many people first reacted warmly to influencers was their authenticity - people seemingly just like us sharing their top buys. And we have voted with our hard-earned cash through buying into their recommendations. With marketing budgets increasingly dedicated to social media campaigns, influencers are here to stay.

We must find a way to stop the trolling if anyone has a chance to truly embrace "You Do You". If one of the biggest brands in the world is promoting the message that whoever you are is enough, then they, alongside governments, need to get on board with making it happen. Steps need to be taken to protect the people (these are real people, not media channels) that brands count on to make them money. It might seem counter-intuitive to focus on this particular tranche of society, given their privilege, but they now set the example, especially for young people. Helping them could be a step towards helping everyone else too.

Perhaps, like Fearne Cotton, we could all start by learning a little self-acceptance.

Jess Boize
Share
Next Previous Previous'
Next Insight Next