Three key take-outs from a first timer at Gamescom 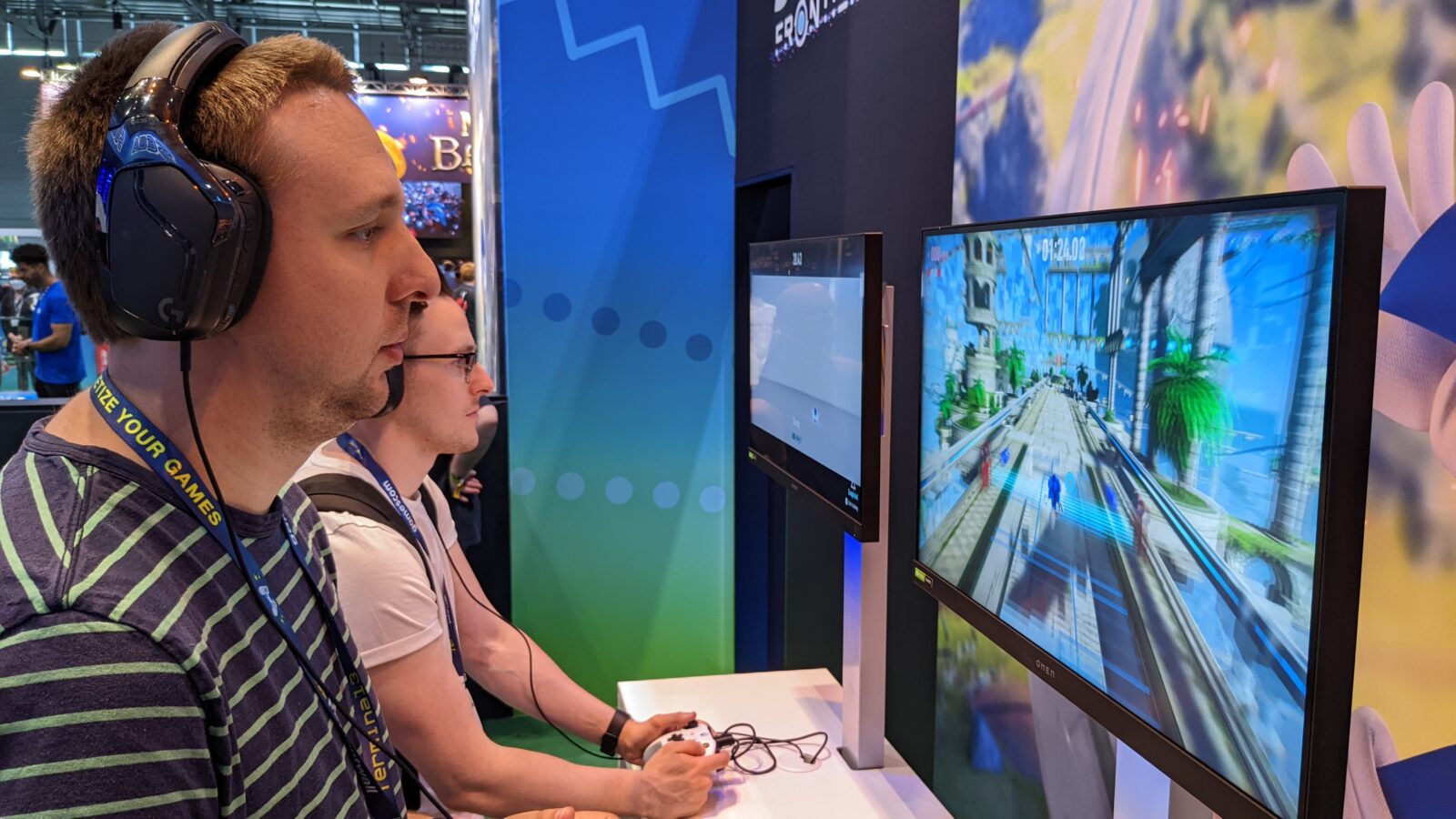 This was my first trip to Gamescom and whilst I had been eagerly anticipating it for a while, I had little idea of what to expect. Our entrance was rather unglamorous, through underground parking and into the East entrance of the huge Koelnmesse, and met with little fanfare or clear signage that Gamescom had arrived. This was soon put to bed with a glimpse into one of several, cavernous rooms full of sky-high stands showcasing the top publishers and their latest titles.

As would be the order of the day, we had our first photo taken on a huge bat bike in front of the stand for Batman Gotham Knights, before accelerating off to see the rest of the exhibits around the client meetings we had planned for the day. 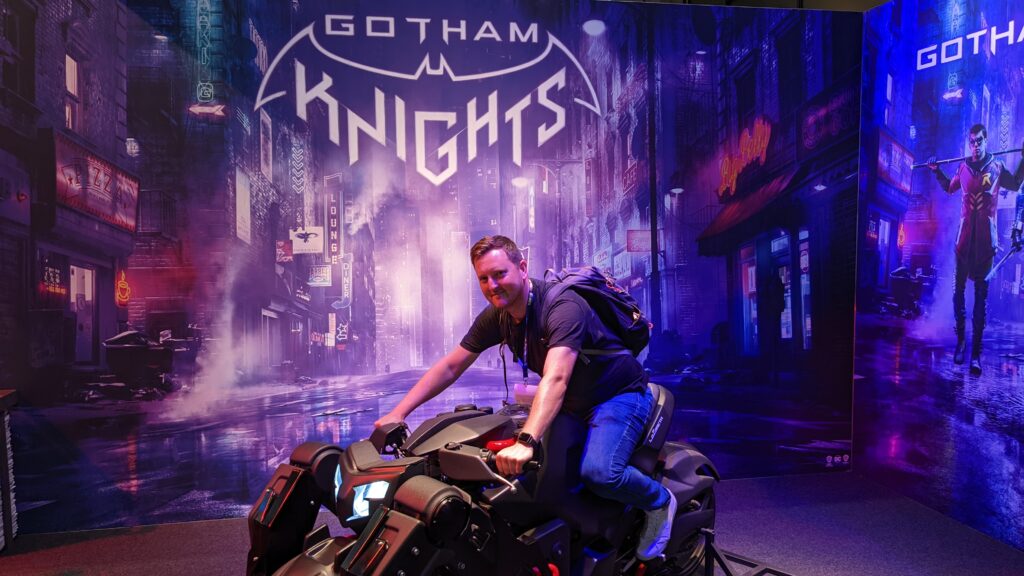 As a self-confessed, lapsed yet casual gamer, the shear number of exhibitors and games was instantly overwhelming, but the chance to play on upcoming titles we’d researched, including Saints Row and Sonic Frontiers, was not. Here are my general take-outs from an action-packed day.

1. Gaming is for all, and there’s something for everyone

As we’ve been proselytizing to many clients outside of gaming this year with our webinar on the Metaverse, there’s no denying that gaming is for everyone. Whilst the gaming industry has attracted some well-deserved publicity around themes like toxic-masculinity and cyber-bullying, our work consistently demonstrates that a wide range of individuals enjoying gaming, and that quite often many cultural issues arise from a vocal minority. And it was great to see the positive spirit of this exposition enjoyed by a diverse crowd. Yes, we went on the trade day, and cosplayers were few and far between, but there were attendees from all walks of life present.

The range of games on display was also testament to the diverse market gaming represents and caters to. From conversations with Bulgarian publishers Sixth Hammer  - who passionately explained the various bovine-related nuances to their pun-filled Moo Lander indie gamer - to watching fanatics excel at retro arcade games. There really was something for everyone…including budding farming enthusiasts. 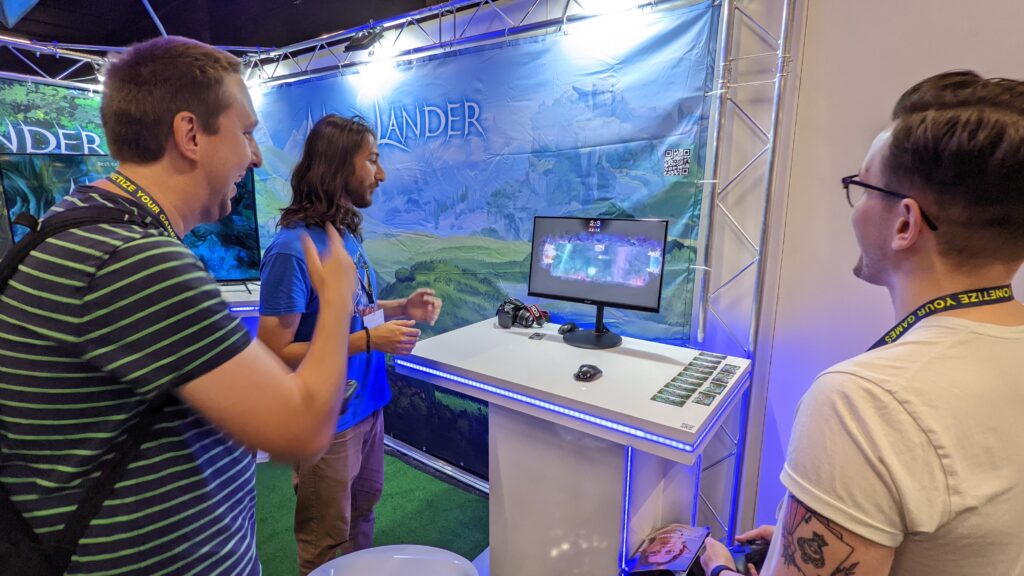 Yes, it wasn’t Xbox or Sega who was stealing the show, but Farming Simulator 22. One of, if not the largest, displays in the building was for this farming sim, complete with a stage, hype men, a boisterous crowd, and of course flanked by an enormous John Deere tractor. In fact, there were several big exhibits for various life simulators highlighting that, for many, gaming represents an escape into a rather ordinary, but alternative daily reality. We even had a go at PowerWash simulator which was mesmerizingly addictive (well, the virtual fish pond wasn’t going to clean itself, was it?).

Regardless of scale, complexity or genre, the key theme was enjoyment of something different and fun, highlighting the vast opportunities in gaming for any individual, idea, or brand.

A lot of the research we undertake in the gaming space is for non-endemic gaming brands – not hardware manufacturers, publishers and developers, but what we call facilitators and distant enablers. These are brands that help make gaming possible or enhance the experience in some way – the peripherals (e.g. headsets, keyboards, chairs), the tech or internet providers, the media outlets and event organisers, or brands that may not be primarily linked to the world of gaming but could in some way help or support – e.g. financial services, payment brands, food and beverage.

Research highlights the massive growth in peripherals that has matched the boom in the gaming industry in general. The global gaming peripherals market is estimated to be valued at $14,396.40 million by 2030, growing at ~10% CAGR and it was clear to see why at Gamescom. There was no shortage of these brands selling their wares at Gamescom, from gaming seat manufacturers Sitness to headset and peripheral vendors like Razer and JBL. The tech setup at the conference was generally impressive, with banks of devices providing seamless gaming for thousands of punters across the floor in every hall. Most impressive were the racing rigs, and nothing says fulfilling your fantasy more than sitting in a super car and gaming in front of three enormous screens as exhibited by Team Fordzilla. 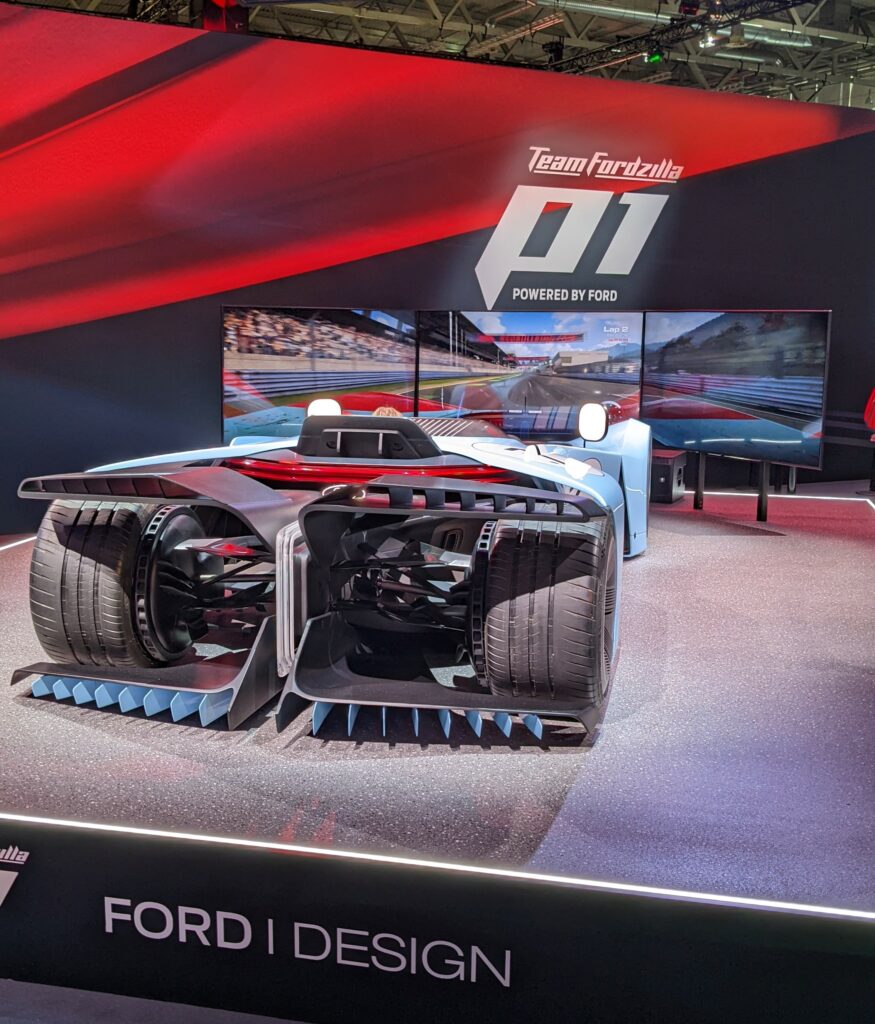 Of course, there were also two floors of wall-to-wall gaming merchandise – mugs, T-shirts, figurines and morally questionable Japanese items that we will not mention further. All in all, the vast quantity of these adjacent brands, categories and products further highlight the scale of the industry and its wider impact on businesses on the periphery.

Whilst we’re all now well used to Teams meetings with clients and colleagues, Gamescom shows that nothing can beat human interaction, even in an industry that is inherently digital. Whether its serendipitous networking on the train, plane or lift to the conference, or finally meeting a client in person from another country, there was great value in just being there in person. Behind the consumer facing façade are several large spaces dedicated to business meetings and networking that we took advantage of to meet old clients and new. These short, but productive conversations help to cement partnerships and hopefully point to a return to pre-Covid engagements. One also came with the added bonus of beers and canapes which also can’t be sniffed at, and despite not being able to enjoy beers and food with clients outside the conference this time, we made the most of the pork knuckle, schnitzel and beer on offer ourselves to make up for it.

So, in conclusion, it was a productive and energizing day that has left us with some great memories as well as some great opportunities. We hope to be back next year and will continue to download further content from our visit in the comings days. 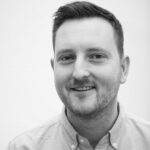