What does Covid-19 mean for a sustainable future? 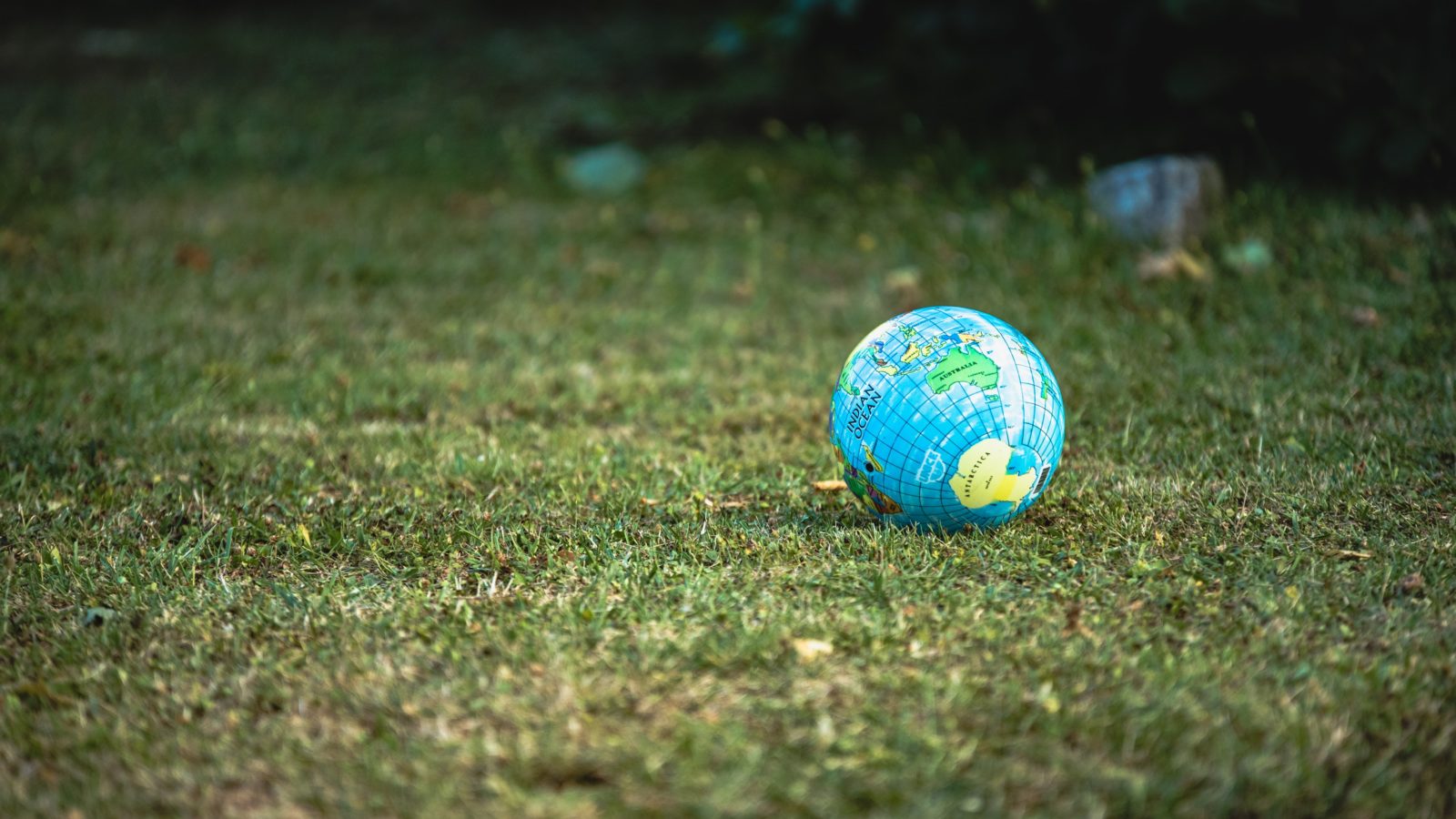 A couple of months ago when the world was in its early stages of the pandemic, it felt as though some of the only good news stories available were those about the exceptional effects that an indoor world had on the global environment and the potential for a sustainable future. With life on pause, there was talk of a reduction in carbon emissions, road traffic drastically reduced and air quality improving across the globe. Not to mention water running clear in Venice, Orcas sighted off the coast of Vancouver and goats wandering into Welsh towns (and a variety of other fake news headlines!).

For many, in a time of uncertainty and continuous bad news, it was encouraging to see just how quickly we could turn the tide on climate change if we put our minds to it. The time in a variety of lockdown restrictions globally allowed us to take a sneak peek at what could be, a world less dependent on fossil fuels and an environment plagued less by carbon emissions. Experts predicted that while there was likely to be a bounce back as people started venturing out of their homes, we would still see a fall in global emissions for the first time since the 2008-2009 financial crisis (as reported in the Guardian). This also has a more positive impact on health than we might expect too, with pollution known to play a substantial role in early deaths each year, recent reductions suggest some premature deaths would be avoided (Guardian). All sounds pretty positive, right?

Fast forward a few more months and with many parts of the world opening up again, the positive impact of Covid-19 on the environment remains uncertain. A worldwide pandemic almost certainly means sustainability and the environment will be pushed further down the agenda for the world, as it's leaders focus on recovery strategies. COP26, one of the key climate conferences, due to happen this November has already been postponed (BBC). While there is no debate that a summit of over 30,000 delegates would be madness, it does call into question whether governments will strictly adhere to the Paris agreement without these kind of check ins going ahead.

Not only that, but with increasing fears of cross contamination and the increased, current need for PPE, is it even possible to protect ourselves while still protecting the environment? The recent 're-use culture' we saw emerging pre-pandemic is no longer a viable option for many people and in many situations. Add into the mix the boom in online shopping, and all of the associated packaging that comes with that, and the glimmer of sustainable hope we had starts to dwindle.

Writing this after another extended heatwave in the UK means it is very difficult to ignore the rising sea temperatures. Climate change is not going away and for many it is still as important as ever, a recent report stated 56% of Americans feel government and brands should continue to prioritise sustainability even with a worldwide pandemic at play (Bio-based news). But with the continuing devastation caused by Coronavirus and the news that once again the world is about to be plunged into a recession, who will lead the much-needed progress on sustainability?

Can brands front a move to a sustainable future?

Over the last few years, we have seen an increasing shift towards demonstrations of brand purpose. Not all attempts have worked well (naming no names) but the expectation for brands to show some sort of social brand purpose now exists and coronavirus was no exception. The pandemic put brands under pressure to demonstrate their human side; both in terms of how they could help curb the immediate threat to life, as well as how they were treating their employees during these unprecedented times. Never before had brands been required to show such levels of empathy.

At the peak of the pandemic, we saw a whole host of companies rapidly switch focus; quickly adapting to produce hand sanitizer, ventilators, face masks and PPE. This behaviour was seen across categories, with breweries and beauty brands alike developing their own range of (highly sought after) hand sanitizer. Online lists also circulated detailing companies that treated their employees well during an exceptionally challenging time, and calling out those that did not, urging for change.

Brands leading the charge for a sustainable future

It's no secret that the fashion industry is considered one of the most damaging industries for the planet. Fast fashion means the industry is now thought to contribute 10% of the world's carbon emissions every year (Guardian), secondary only to gas and oil (Glamour). Lockdown definitely offered up an opportunity to change this. Shopping slowed down and the back of our wardrobes became the new place to search for outfit inspiration; jeans became the equivalent of an ex-boyfriend, rarely seen or spoken about, and old fabrics were repurposed into face masks. Fashion Week around the world was also cancelled, meaning further respite; with Fashion Week events often heavily criticized for their contribution to emissions due to with grueling schedules resulting in thousands of flights made for these events. Arguably the pandemic offers an opportunity for a recalibration, a re-think of how things are done.

While Covid has certainly changed the way we shop in the short term, can we expect that to last? Do brands need to be the ones to create the change?

H&M are certainly a brand encouraging consumers to be more environmentally conscious. Back in 2013 they launched their garment collection initiative; the first fashion brand to do so. Not only did H&M start accepting unwanted clothes from their customers, but they actively encouraged them to do so with a voucher to spend in store. Alongside this initiative, H&M developed their conscious collection; proving sustainable fashion doesn't have to be dull.

Unlike other industries, grocery did not see the same Covid slow down. Panic buying saw supermarket shelves emptied across the globe, with toilet roll the prized possession of households worldwide. This was reflected in spending too, UK supermarkets reported sales exceeding those expected around Christmas time (BusinessLive). Great news for grocery. However, with all this came a major step back in re-use culture. After years spent trying to reduce packaging, we saw a rapid, and required, change in behaviour. With so much unknown, people were (rightly) reserved about re-using shopping bags, refilling containers, and using their re-usable coffee cups, with many stores banning the use of such items.

However, a recent report has stated that reusable cups and containers are safe to use - can outlets now capitalize on this while people are listening?

Tesco has recently announced that they will be the first supermarket to launch a reusable container trial, signaling a potential overhaul to the way we shop in future. Further moves have been made by other global brands; Carlsberg showcased their paper bottle prototype in October of last year, with L'Oréal, The Coca Cola company and The Absolut Company going on to join the paper bottle community too (Forbes). Johnnie Walker have also announced a similar move for their whiskey, suggesting a potential change in the future of packaging (Diageo).

A worldwide lockdown saw a mixed reaction to tech; while some used the time to get through as many series on Netflix as possible, others reported screen fatigue and reached for more traditional means of passing the time. Google search saw Jigsaw puzzles skyrocketing, while every millennial out there started making sourdough and banana bread. However, unable to leave the house, online shopping boomed (often to fuel the new hobbies) and for many the Amazon delivery person became a new best friend, bringing with them heaps of packaging needed to get the boredom curing goods to people safely.

Amazon is no stranger to criticism when it comes to sustainability and has recently announced a new $2 billion fund for climate change innovation (Market Watch). This fund will focus on technology investments aimed at reducing the impact of climate change, with a wider report stating Amazon is set to run entirely on renewable energy by 2025. A similar promise has been seen recently from Apple too, with the tech firm committing to become completely carbon neutral by 2030 (Guardian). Not only does this commitment span product design itself, but also the electricity consumed while using their products - a positive step forward for the tech giants.

Sustainable changes are by no means limited to these industries or our brand examples, but they are evidence that sustainability can continue in light of a pandemic, even in some of the most affected sectors. It is something brands should continue to strive for. Climate change may be less top of mind for nations across the world, but Covid-19 hasn't slowed us down enough to repair the damage already done. With world leaders focused on other things, can brands continue step up to deliver the much-needed progress to protect our planet?