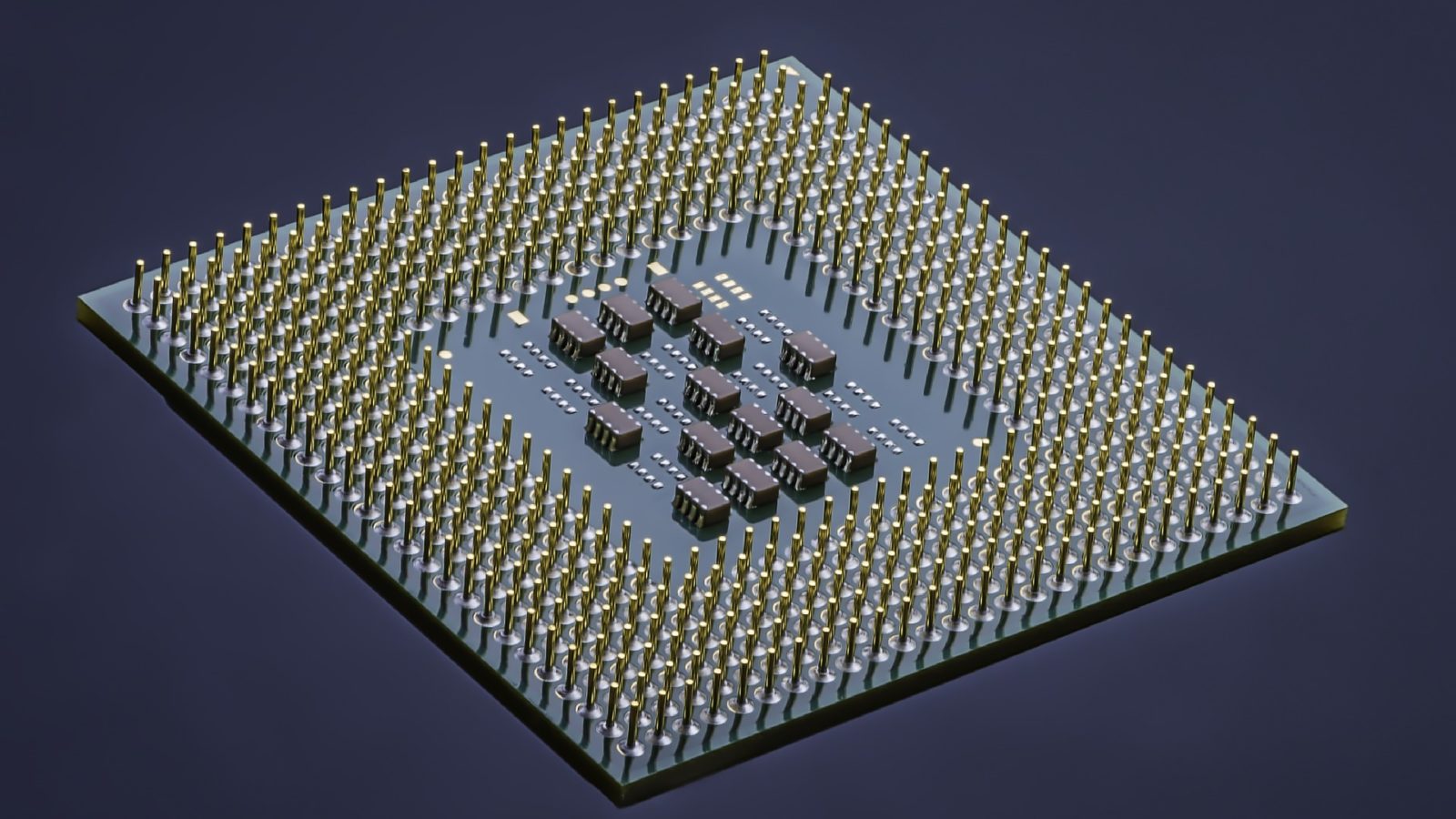 Much has been spoken about the global supply chain crisis lately, but a microchip shortage has been effecting the technology industry for quite some time as demand outstrips supply, even prior to the pandemic. A myriad of reasons have exacerbated the issue, not least a surge in new gadget purchases during lockdown. Intel’s Chief Exec, says "It's going to be a year - to two years - until we're back to some reasonable supply-demand balance." So, expect challenges to persist. But, now that things start to open up (for now!), are we going to see a drop off in demand? This seems unlikely in the short term with Christmas approaching, but there are a number of trends emerging that point to a shift away from demand for physical product in the long run.

1.The service industry is back

Earlier in Autumn, the BBC reported that Brighton Pier had recorded the best week in its history as consumers trade microchips for fish and chips in their post-Covid restriction freedom. Similarly, the new James Bond film, No Time To Die, has fuelled a post-pandemic recovery in the cinema. So, the service industry seems back. It may also be a London thing, but not a day goes by where I’m not targeted by ads for various activity themed bars hawking batting cages and shooting ranges. And, with foreign holidays still tinged with jeopardy, one can only assume initial post-pandemic booms will settle into a more consistent and healthy resurgence of the sector, a resurgence supported no doubt by an increased digital edge to all our out of home entertainment. Whether it’s digital scoring at Flight Club or virtual zombie escape rooms, leisure experiences are increasingly being enhanced by smartphone interaction, AR or VR. Even when we make it off the sofa, there’s a chance we’ll still be in front of some sort of screen. Which brings me on to the next trend, the growth of the metaverse…

2. The growth of the metaverse

You may have heard the word metaverse bandied around of late, not least in relation to Facebook’s group rebrand, but what is it? Its exact definition is still open to interpretation, but it’s essentially the world we see depicted in science fiction writing like Ready Player One, The Matrix or Minority Report – a seamless, hybrid of the real world and digital technology. Matthew Ball – an investor and writer focused on the Metaverse – says that the easiest way to think of it is “as a quasi-successor state to today’s mobile internet. Except instead of accessing all the internet via separated 2D web pages or apps, we’ll experience it via persistent, interconnected, virtual simulations.” We’re not quite there yet, but this is certainly the direction of travel and points to an increased digitization and gamification of everyday life, and virtual rather than physical experiences.

Many tech brands, not just Facebook, are making further steps into this and other new spheres. All serve to highlight the ubiquity of tech and their growing reach across all aspects of our lives. Netflix chief executive famously said they’re competing with sleep, rather than rival tech giants, which serves to highlight how tech brands are constantly in a race for our attention. It’s no coincidence therefore that Netflix are one of those venturing into new markets. The success of Squid Games, reversing post-pandemic subscription declines, highlights the opportunity in bringing foreign language content to new audiences, and spin off Squid Game video games on Roblox highlight the opportunity in gaming for all content and brands. Netflix is making big moves into gaming in general, as are many brands that are looking to tap into an engaged audience of individuals traditionally hard to reach via other media. Gaming platforms like Roblox are the new social media where playing, viewing, creating, selling, and socializing are all undertaken in the same virtual space. It is platforms like this that are the earliest prototypes for the metaverse and the sign of things to come. They point to a greater reliance on platforms and subscriptions, gamification and digital experiences, and users even trade digital rather than physical currency and products. It isn’t here yet, but the foundations are being laid for the metaverse and consumers, particularly younger generations, are readying to move in.

3. The rise of the D2A economy

One artwork non-fungible token (unique digital assets that are generally used to represent works of art and collectibles) recently sold at auction for $69.3million proving owning digital-only assets are very much a real thing. In gaming, DLC or downloadable content (new levels, items, avatar skins, etc.) have long generated revenues – a remarkable 85% of industry revenues in fact. But it’s the D2A – Direct 2 Avatar market that most reflects a move away from physical ownership amongst younger generations. As a McKinsey report succinctly puts it “Companies should be attuned to three implications for this generation: consumption as access rather than possession, consumption as an expression of individual identity, and consumption as a matter of ethical concern.” Possession no longer means physically owning something, and despite there still being a significant carbon footprint to digital exchanges, there is certainly less moral ambiguity and physical waste in digital vs. fast fashion. It is a huge and growing market, as gamers buy and trade digital assets to clothe and style their in-game Avatars. The D2A market is expected to surpass $74 billion by 2025, and $1billion has been spent on virtual product on Roblox alone. This has proved fertile ground for fashion brands like Nike and Gucci who have created designer skins for Robloxians to sport in their favourite games. Not only do these digital assets drive revenues when first bought, but are also traded in a second-hand economy.

One virtual Gucci bag, originally sold for about $5.50 on Roblox, resold for more than $4,000 – more than the real-life version! Similarly, a shortage of microchips has already seen some used car models exceed the price of new ones due to long wait times. For others, economic hardship brought on by the pandemic and increasing fuel and energy prices may mean the second-hand market is the only affordable place to turn. Afterall, you can’t eat virtual food or wear digital clothes. Add to this the aforementioned ethical and environmental concerns of Gen Z, and less value placed on new and physical products and we may see an emergence of a second hand economy in tech products. After all, how much better can the new iPhone be than the last, and wouldn’t you rather get a second-hand console than wait indefinitely for a new one? Indeed, current 9th gen owners may well give up their consoles if left endlessly waiting for new games. Continued delays in releases of AAA games highlights how complex and challenging they are to make and how cautious developers are in releasing too early, especially in the light of Cyberpunk’s disappointing, glitch-ridden reception. Furthermore, brands, are facing criticism and lawsuits over ‘built-in obsolescence’ in their products and potential regulation enshrining a ‘right to repair’ could lead to an improved quality to consumer tech products, or at least a more repair-friendly culture.

With expectations on new tech, games and content raised to unsustainable levels it seems only likely people will increasingly return to the comfort and reliability of favourites. Brits are turning to seaside piers and James Bond, while Netflix has turned to Friends and Seinfeld. Meanwhile Rockstar Games has recently released the remastered edition of the original GTA 3D trilogy. Is our insatiable appetite for the past a product of the overwhelming choices we now face? Is there too much of everything? Are we at the start of a second-hand technology boom, or dual economy for the haves and have nots as fictionalised in the trailer stacks of Ready Player One? Only time will tell.

So, it seems our splurge on new products to stimulate us in our lockdown slumber could foreshadow the last hurrah for physical tech. Whether out of desire, environmental necessity, or the impossibility of getting hold of something, it seems a possibility. Okay, maybe I’m being too optimisitc, but there are certainly signs that services, digital ownership, virtual living, and demand for second-hand products are on the rise in an age of short supply, heightened ethical consciousness, and longing for a remembered, more comfortable past.