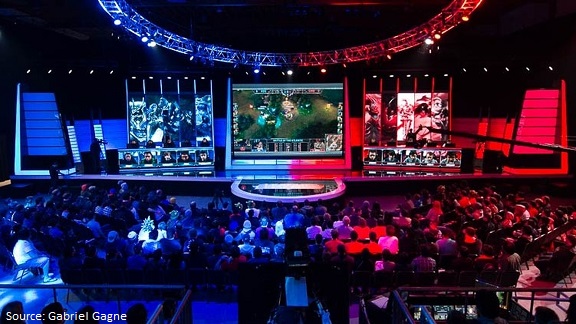 London, 17 April 2020: Esports gambling revenue is set to double from $7 billion in 2019 to $14 billion worldwide in 2020, reveals new research from global consumer research agency 2CV and market researcher ProdegeMR, as gamblers seek to shift spend away from other forms of gambling impacted by the worldwide spread of the COVID-19 virus. 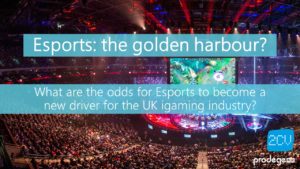 2CV and ProdegeMR conducted a survey of 1,028 gamblers aged 18-64 looking at how the current climate, which has been impacted by COVID-19, is affecting gambling in the UK and the potential role that Esports could play in becoming a new revenue driver for the industry.

The survey found that 59% of gamblers have reduced spend in gambling, with 32% agreeing that they have actively looked for new things to bet on and 24% having already shifted spend on other forms of gambling. The most impacted form of gambling was sports - in which 69% of respondents said that they had reduced spend, whilst 54% stopped spending on sports gambling altogether.

The most popular responses as to why gamblers are not already investing in Esports was that they needed more information (62%), Esports did not have enough sport-based games (45%) and the assumption that they were more inclined to being fixed (45%).

Moreover, 2CV and ProdegeMR looked at the differences between sports and Esports gamblers. The study revealed that the top reasons that betters were more inclined to gamble on sports or esports were due to the following factors:

Research Director in Technology and Entertainment at 2CV: "By 2022, the number of esports viewers is estimated to rise to 644 million worldwide, this is up from 454 million viewers in 2019. The COVID-19 pandemic has led to many forms of sports associated with gambling being cancelled or postponed, but is also a big opportunity for esports to get in front of this audience. Short-term growth is likely to come from sport-based games, but there are huge opportunities to make this more long-term, as long as consumers are educated properly on esports and what it can offer, as well as considering which kinds of events are best suited to a particular audience."

All figures are from 2CV and ProdegeMR's research: 'Esports: The Golden Harbour?' The research surveyed 1,028 gamblers aged 18-64. A third played Esports and two thirds had never played Esports. Research was conducted between 3-7th April 2020 online with those who have gambled via any means (excluding National Lottery) in the last three months.

2CV is a full service, global consumer insights agency with offices in London, Los Angeles and Singapore. We work with the world's most progressive and fast-moving brands and organisations. From technology and entertainment to financial services, sport and retail, we tackle problems big and small. Thanks to our local knowledge and the expertise of our global teams, our clients can access the world's best research thinking.

Tech & EntertainmenteSports
Share
Next Previous Previous'
Next Insight Next