Enemies with benefits: Can collaboration lead to mutual success in the TV streaming industry?

The UK has a new streaming service. Paramount+ has been launched by Paramount, the film and TV studio behind titles such as Top Gun: Maverick, South Park and Star Trek. It is the latest TV streaming service to include great series, big movies, national favourites, all time classics, must-watch content, hours upon hours upon hours of entertainment... well, you get the picture.

The fragmentation of the TV streaming industry is not a new phenomenon. However, amid a cost of living crisis and an already saturated market, the launch of Paramount+ seemingly could not have come at a more challenging time for the brand. Cash-strapped consumers are already burdened with overwhelming choice, and this new service could leave them retreating from, rather than advancing into the market.

Paramount+ has existed since 2014 in the US, first as CBS All Access before being rebranded in March 2021. It has now been launched in countries across Europe and Asia and boasts shows such as Yellowstone, 1883, Super Pumped: The Battle for Uber and Halo, an adaptation based on the video game of the same name. These shows have proved relatively successful in the US, but are more unfamiliar to UK audiences.

The dilemma of choice

Choice is great, right? Everyone loves having options, whether it’s in a restaurant, booking flights, or deciding what to spend your precious entertainment time on. However, we don’t like too much choice. Too much choice overwhelms consumers and can lead to choice deferral. Much as restaurant menus have been streamlined following the pandemic, the TV streaming industry should take heed and think about the dilemma of choice for viewers.

There are already ample signs that consumers are starting to vote with their feet. As the world emerges from the pandemic, Netflix’s first ever subscriber loss should be a warning shot across the bows of the industry that growth is not inevitable and people are being proactive about the subscriptions they don’t want to keep.

Partnering rather than competing

In this climate, there are some decisions for brands to make. Is partnering with traditional rivals, rather than competing with them, now a more viable strategy? And is exclusive content a turn off rather than a draw for viewers? The next big Netflix Original was a sure-fire bet to draw in subs, but with budgets being tightened, limiting content options can alienate viewers.

Where once it felt like new services were filling gaps in the market (remember Shudder and Mubi?), services are now launched in direct competition with each other. Brands need to be mindful of the impact that this can have, with the TV streaming industry becoming increasingly bewildering and expensive, particularly during a cost of living crisis.

As such, media brands need to work closer together to ensure mutual success. There is already ample evidence that brands are realising that they can harness their respective strengths, rather than competing their way to mutual defeat.

Netflix has done this, signing a distribution deal with Comcast, while also exploring a cheaper ad-supported tier to undercut on price. Others are also following suit. Paramount+ will be available for free for Sky subscribers that have Sky Cinema and, in the US, Disney+ is offered as a bundle with Hulu and ESPN, giving access to more content and live sport.

There has also been consolidation in the sports market, with BT Sport and Eurosport coming together to form a joint sports venture, enabling BT Sport to operate on more sure-footed ground. It has previously spent billions ensuring exclusivity of TV rights for exclusive rights to football competitions such as the UEFA Champions League. In the latest TV rights deal for that competition, BT has utilised the increase in the number of games played to give up some of this exclusivity, allowing other companies (Amazon, BBC) to show some matches but showing more games themselves overall, therefore providing viewers with more choice at the same cost.

TV certainly seems to be ahead of other forms of entertainment in this respect, though others are starting to follow the same path. In gaming, the rise of subscription services indicates a similar trend towards collaboration with cross-platform play. Although Xbox and PlayStation seem to be leaving the door open for exclusivity with acquisitions of rival game studios, subscription services such as Xbox Game Pass and PlayStation Plus have seen some publishers - previously exclusive to one console - make their games available on other platforms.

Working together and providing choice without being overwhelming

So what should we take away from all of this? Amid a cost of living crisis, it will be convenience and value that drives spending. By working together, media companies can forgo some brand equity and work with competitors to simplify and consolidate content choices for consumers. It’s providing choice, without being overwhelming or needlessly expensive. In the current economic climate, this will be a more compelling offer than the latest exclusive show only available on one platform. 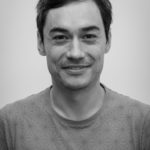 Daniel Hardwick
Share
Next Previous Previous'
Next Insight Next