The anthropology of social media 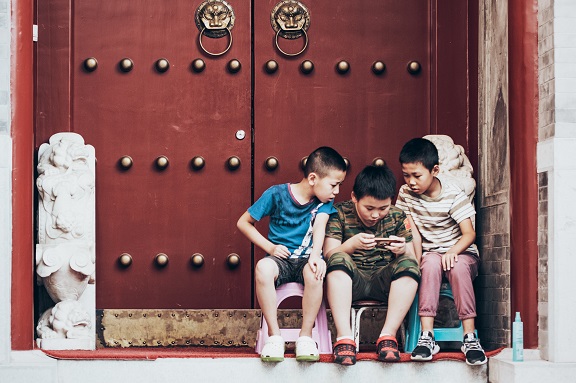 The use of social media is often controversial, and can be a cause for concern, particularly for those of an older generation who can often struggle to understand the world of the digital native.

In the interests of giving ourselves a richer understanding of social media, both locally and globally, two members of our digital team took part in an Anthropology of Social Media course offered by UCL on  FutureLearn.com.

We found that social media had an impact on privacy, politics, and the way that people communicate, but also that the way it is used is very much dependent on the people that use it. We identified three key learnings from the course:

Compared to more traditional forms of media, the real difference with social media is that it allows you to control how many people you communicate with at a given time. This is called scalable sociality.

This is true within a single platform, such as Facebook, which can be used to communicate with small groups via private messages or to write posts that can be viewed by all of a user's friends or the general public (depending on privacy settings).

Different platforms can also be used to communicate with different groups of people, often times serving a separate purpose to how they were originally designed. At 2CV, we have previously described this behaviour as a 'constellation of self' - expressing yourself differently across a range of social platforms.

For example, in the case of British teens, Snapchat is used for sharing their daily lives with a small group of close friends, WhatsApp to talk about the opposite sex within gender-specific groups, Twitter for class-wide banter, and Facebook to communicate with neighbours and colleagues.

You don't need to be self-obsessed to post a selfie

The current selfie craze has raised concerns that this generation of young people are more narcissistic than ever before. However, by looking at how selfies are used in different cultures, it is clear that they are used to convey different messages - from the superficial to the mundane.

For example, in industrial China, selfies are used to convey aspiration. Young men will post selfies in branded clothes that they have borrowed from friends, or next to luxury cars that they do not own. Viewers are aware that these items don't belong to them and that they are trying to identify with what they represent.

However, in Chile, selfies are used to celebrate every day, often mundane moments. People will take selfies at home watching TV, or while hanging out at a friend's house, with hashtags such as 'bored' or 'boring'. They are less concerned with showing off their best selves, and more interested in showing how they conform to certain social norms.

Not just for humour: Memes can be used to express morals

Most of us are familiar with how memes can be used for humour (cat memes seem to be a particular favourite!), but this is not the case everywhere.

In southern Italy, many Facebook users post memes that demonstrate their values and beliefs. These usually have soft colours, and communicate optimistic sentiments such as "I always thought that those who talk little have eyes that make a tremendous noise."

By sharing these 'moral memes' from internet sites with their Facebook friends, it helps them to put ideas into words that they might otherwise have a hard time expressing. It also portrays them in a positive light as perceived by their social group.

Social media research is a key part of our digital offering here at 2CV. To find out more, do get in touch.