Last week, my 2CV colleague in London, Jane Goldthorpe, wrote a great piece about why she is watching the Women’s World Cup. The positive messages it gives her daughter about girls playing football, helping overcome stereotypes and perceptions that football is ‘a sport for boys’ – something we at 2CV have seen in our work for The Football Association (FA) in the UK.

Ultimately, it’s about giving girls the same opportunities as boys, to benefit from being involved in football, the passion and fun, as well as positive social and health outcomes.

This made me think about my own experiences with women’s football in Australia – referring to the indigenous code (Australian Football, not ‘soccer’).  Its surge in popularity has given my daughter a similar opportunity as Jane’s – the ability to see great female role models in her favourite sport, something girls of previous generations did not have access to.

For the uninitiated, the men’s Australian Football League (AFL) is the biggest sporting code in Australia, with the fourth highest average sports league attendance* in the world (behind only the NFL, Bundesliga and the Premier League).

However, on the women’s side, until recently the sport was mostly invisible and only being played at low levels.  This changed dramatically in 2017, when the AFL Women’s League (AFLW) launched, with a season played during the Australian summer, before the start of the men’s AFL season commencing.

The governing body had no idea how popular AFLW would be. They initially planned to play the inaugural game (February 2017) at a 7,000-seat stadium in Melbourne and in an effort to build up interest, not charge anything for entry.  Leading up to the first game, it became apparent that the interest was high, so they switched it to another stadium with a bigger capacity.  In the end, 24,568 people attended, with several thousand more unable to get into the stadium and almost 900,000 people watched on TV – a big audience in a small population market like Australia.

The governing body knew then that there was serious interest in the women’s game.  The league has now expanded in both the number of teams and its audience.  Its growth highlighted by an incredible 53,034 attending the most recent Grand Final in March 2019 in Adelaide – a crowd that is big by almost any global sports standard.

Now, back to my experience. When I talk to my 7-year-old daughter about football, we can bond not just over the wins and losses of our men’s team (Carlton), but also, she can look up to the best players in our women’s team. It’s as much about Tayla Harris and Darcy Vescio as it is about Patrick Cripps, inspiring her to play and by the way, she’s currently the reigning under 7 MVP for the Singapore Sharks.  Yes, yes, I’m a proud Dad here…but seriously, to echo Jane’s point – the rise of women’s professional sport is important to give girls the same opportunities and benefits from sport as their male counterparts. 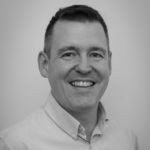